As a kid I was lucky enough to travel to Europe one summer, and it just blew my little mind. I was a big history geek even back then, and the fact that even small towns would have a tower or castle was amazing to me.

Well, I still love to visit and tour them, and I've begun putting together a photo reference of different parts of castles around the world. Even if you're running a game set in modern times, they can still make a great feature on your tabletop, as ruins or in better shape.

Click through on each image for higher resolution version. 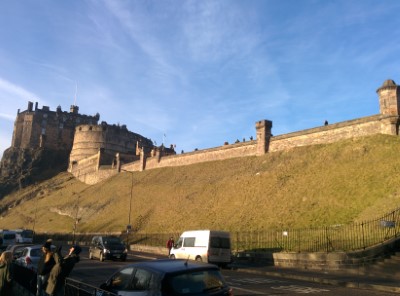 A shot of one of the most famous castles in the world, Edinburgh Castle with tower and wall. 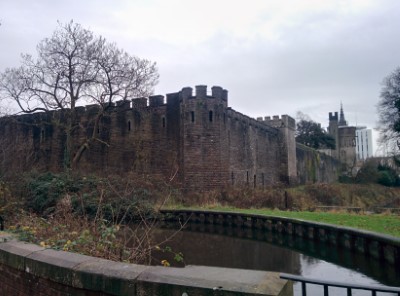 Cardiff Castle in Wales, nice shot of the walls and corner tower. 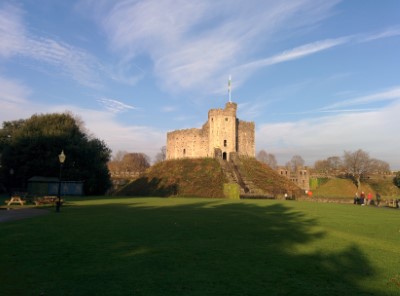 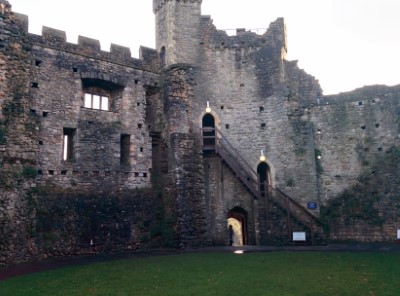 Interior shot from inside the Norman castle in Cardiff - note all the holes, presumably for floor beams 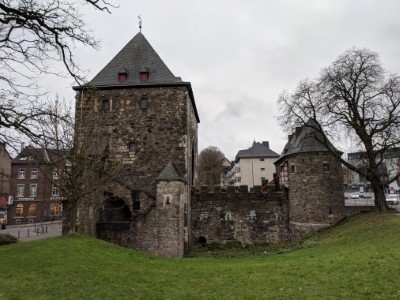 A gatehouse, once part of the city walls of Aachen. 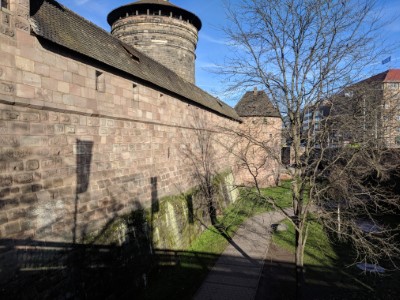 A stretch of the Nuremberg city walls - in great shape, love that round tower. 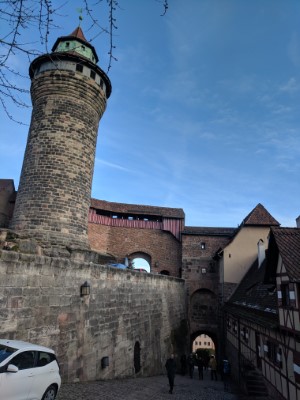 Another view of the walls of old Nuremburg 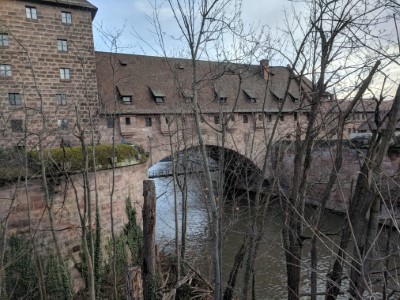 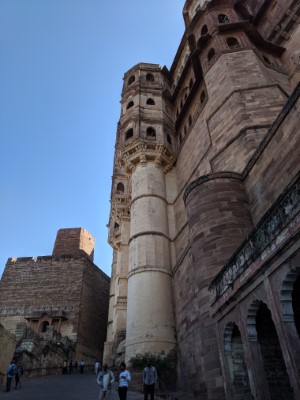 Mehrangarh Castle in Jodhpur, India. Actually called a "fort" in India, which hardly does it justice. 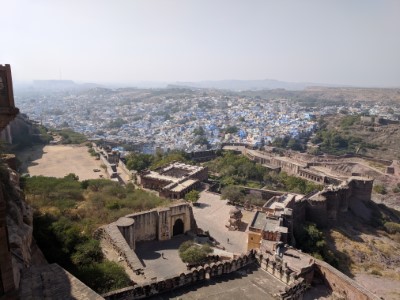 Great shot of the walls of the castle in Jodhpur, winding down the hills 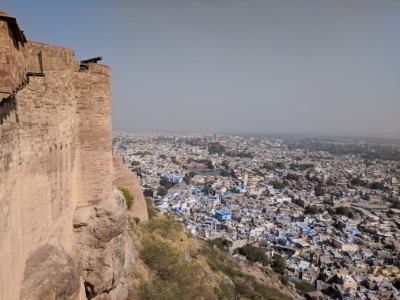 This shot of Mehrangarh gives you an idea of how high above the city of Jodhpur it is, really impressive.

Het Steen, Antwerp - sadly we could not enter, and this picture was taken through the gate. Seems to be in great shape.

Graventsteen castle, Ghent in Belgium. Ghent has tons of lovely medieval arcitecture, will have to do a post just on Ghent some day! 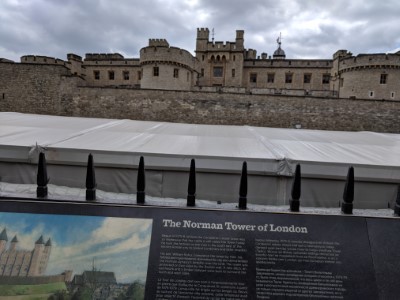 Tower of London, if you couldn't guess from the pic. I liked the sign showing the original Norman castle. Wish we'd had time to go inside. 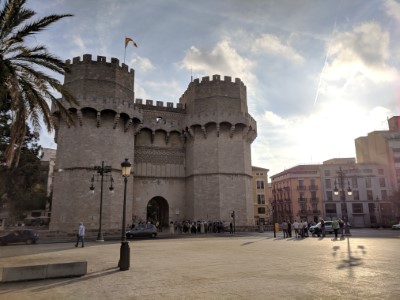 Torres de Serranos, Valencia - a fortified gate, once part of the city walls. Wish we'd visited Sagunto castle while we were there! 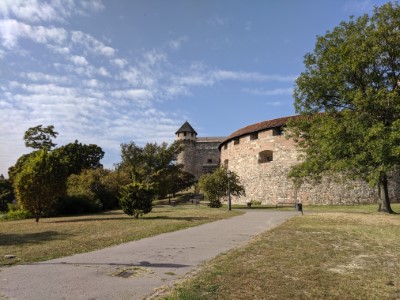 Buda Castle, Budapest. The "Great Roundella". Buda was the scene of heavy fighting in WWII 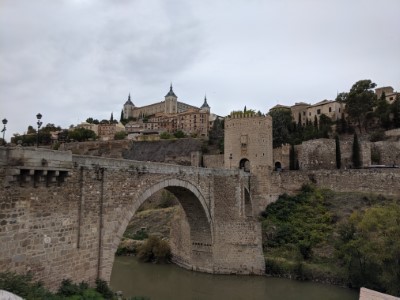 Fortified bridge, Toledo Spain. You can see the famous Alcazar atop the hill in the distance. 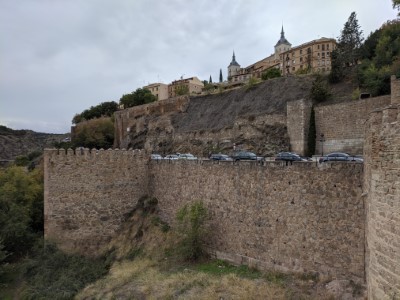 Toledo, Spain - stretch of city walls. You can see there were two levels of walls. 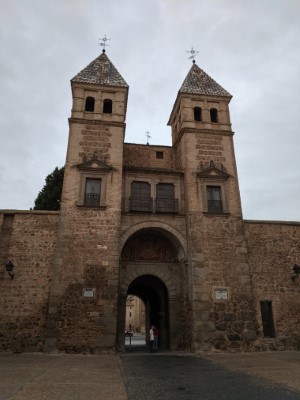 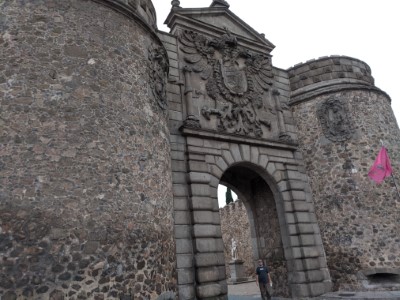 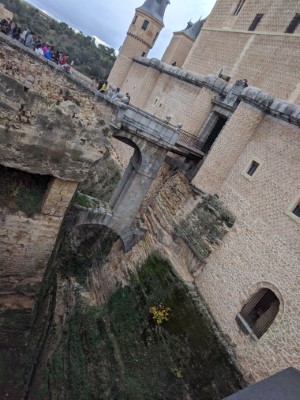 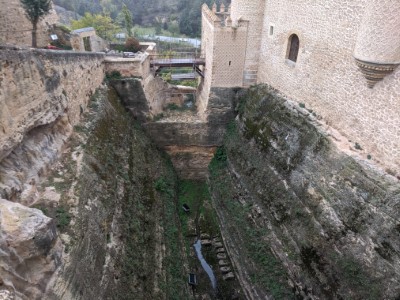 Another shot from Segocia - see how deep that moat is! 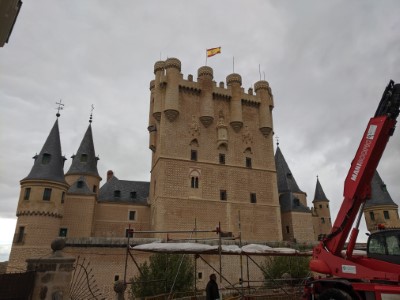 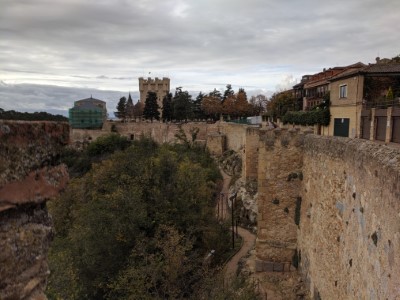