OK, it's pathetically late, but since when has that stopped me? I'm going to start posting pictures in parts from my trip Origins 2008. This year I took a new camera - the quality of the pictures are lower, but the camera is much more portable than my old sony. It's about the size of a deck of cards, and when you're walking around the con all day, that makes a big difference. 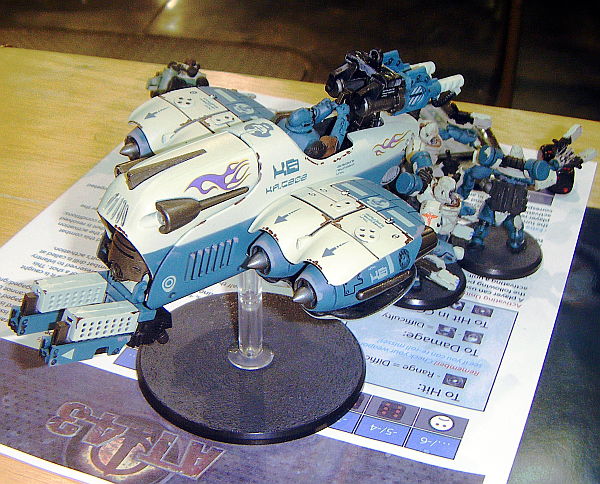 Finally got to try AT43 at the con. The models are quite nice, and the little scenario game was pretty fun! 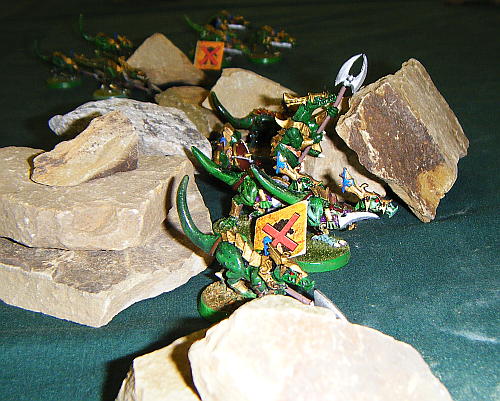 Once again this year, we played some Chronopia. Here my lizard men prepare to charge a village... much carnage ensues! 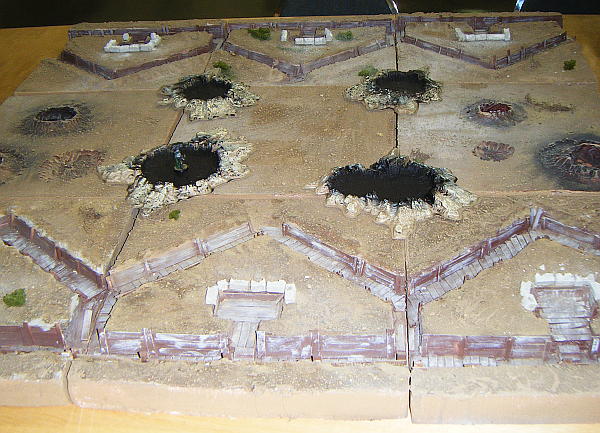 I thought this was a pretty nicely done modular trench system. Unfortunately I don't recall what game it was for. I think it could have used a good dark wash on the boards, they seem a little light. 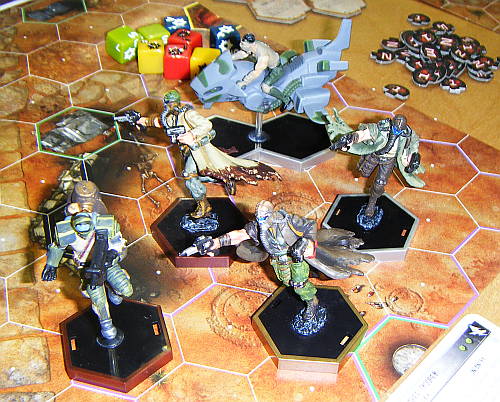 We didn't get a chance to try it, but I believe this is the reboot of the Warzone Mutant Chronicles stuff - larger scale, collectible type game it looked like. 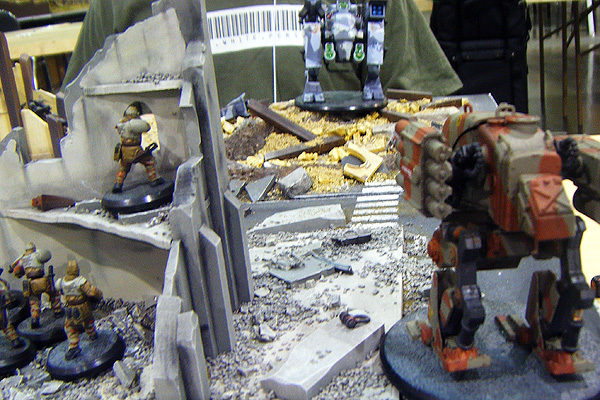 My "Mech" (or whatever they're called in AT-43) faces off against Phil's in our AT43 demo game. To the left, my infantry takes cover in some ruins, not that it helped them much, poor little buggers. 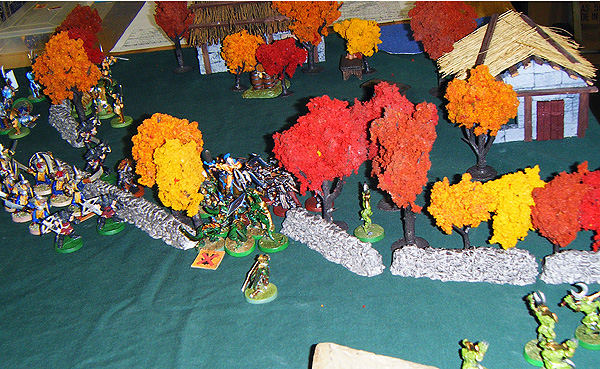 Another pic from our Chronopia demo game. Our forces attack the walled village, bunching up as they try to break through the gap in the walls. 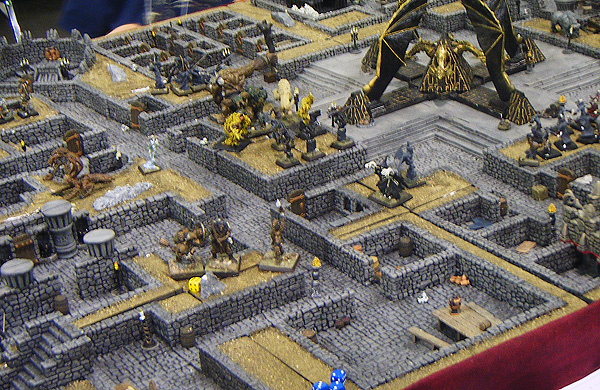 Finally got to play in the Reaper dungeon crawl - I'd seen it other years but for one reason or another, couldn't play. It was a lot of fun, we played it twice. 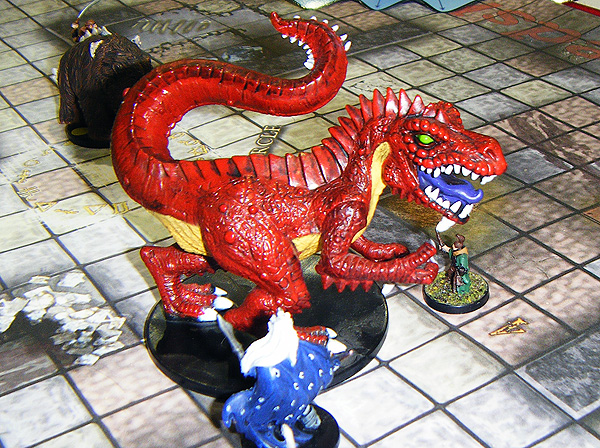 This was from the AD&D monster bash (I think that's what it was called) where every player is given a few monsters/characters to play at random, and we see who's left standing at the end. Guess what, giant blue-tongued red dinosaur vs. halfling - halfling doesn't do so well.