This year I was only able to make it for Friday and part of Thursday, but it was still a lot of fun. I made some purchases and played some games, but I'll be posting on that more later. Right now it's time for pictures! I didn't get as many pics as usual, mainly because since I only had one solid day there, I was more interested in getting in games, rather than wandering with my camera. 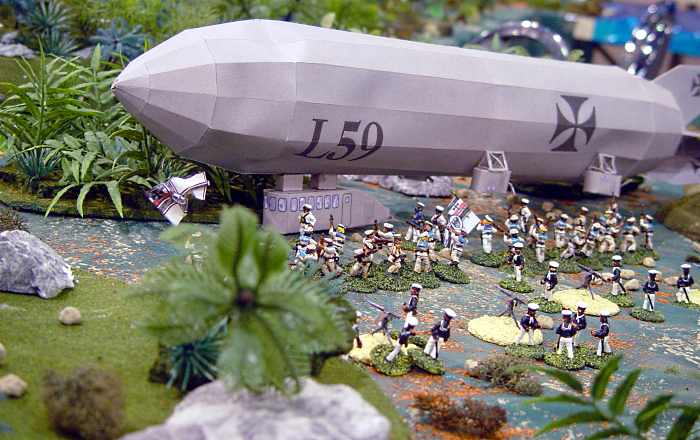 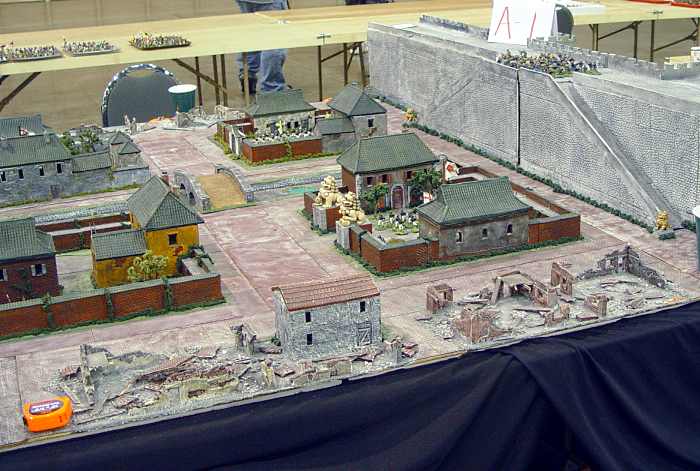 I think this game has been there for as many years as I've been going to Origins - I believe it's a game centered around the Boxer Rebellion - it's a nice table! 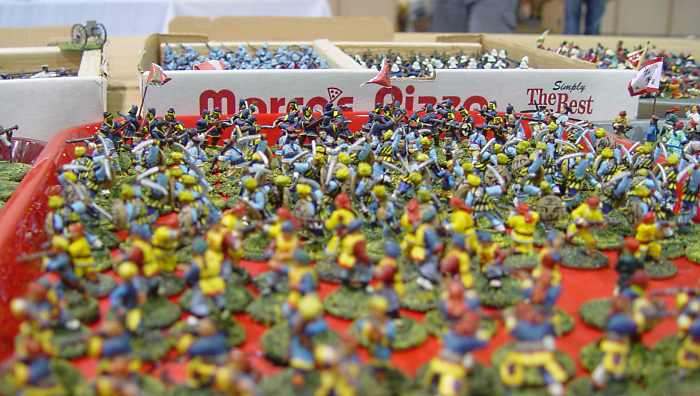 Some of the miniatures for the Boxer game - very colorful! 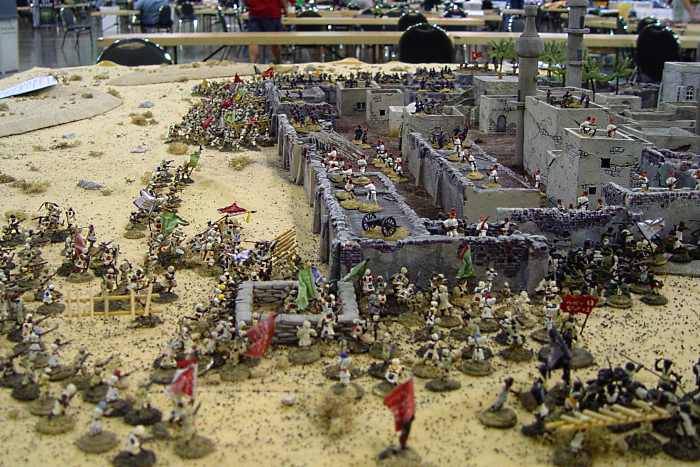 Looks to me like a colonial period game set in Africa (or perhaps India?) - huge number of minis on this one! 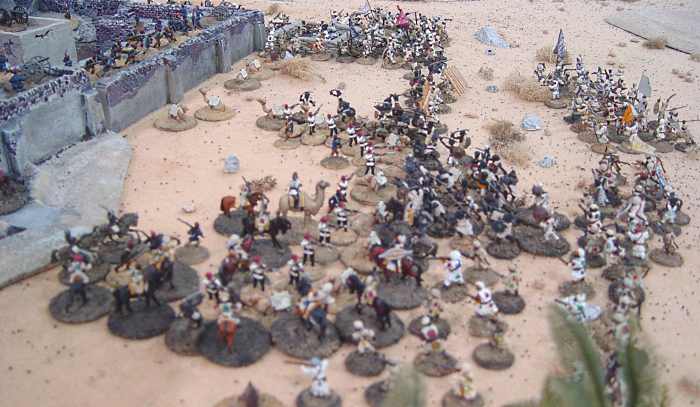 Another picture from the game above - looks like the fort's defender sallied out for some reason - not sure that was a good idea! 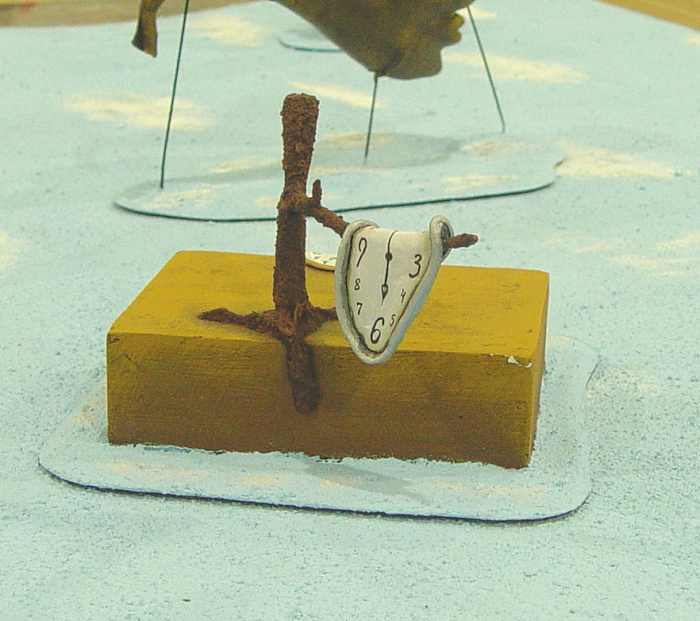 I thought this was kind of a neat terrain piece - from a Salvador Dali painting, if I'm not mistaken. They also had some cool "Alice in Wonderland" inspired terrain, but that picture didn't come out as well. I think my camera's autofocus is beginning to die on me. 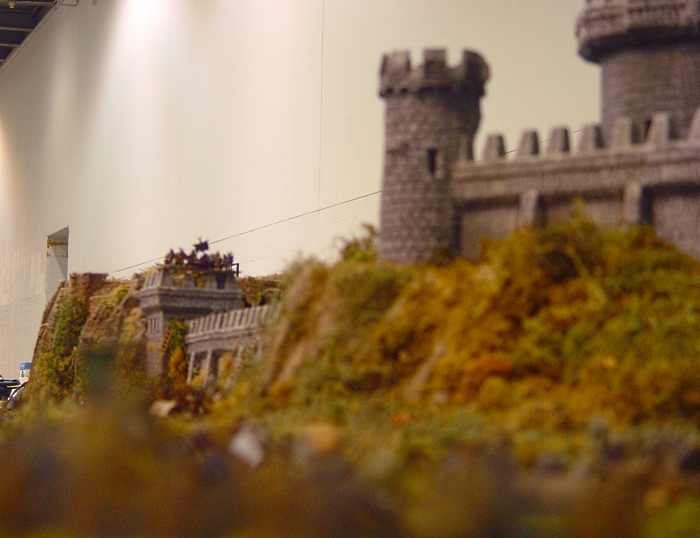 Part of the terrain set up for a Helm's Deep game. 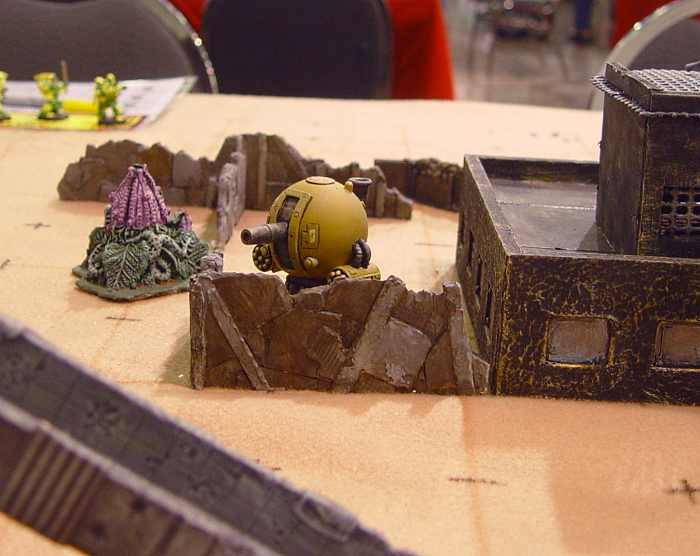 Part of the terrain set up for the Red Shirt Games Injurius table - the walker there should look familiar! 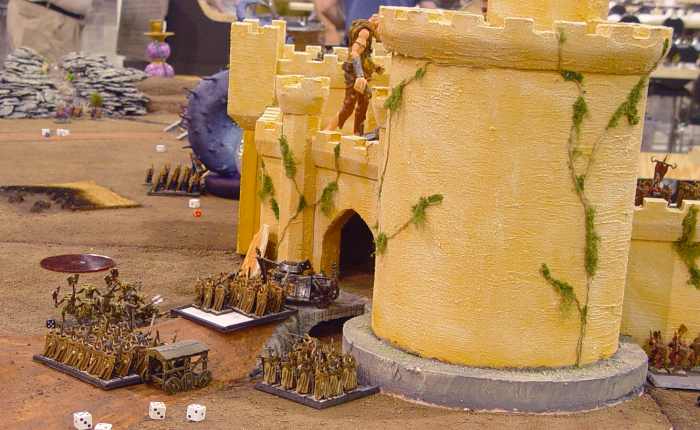 I believe this was a Warhammer Fantasy Battle siege game. 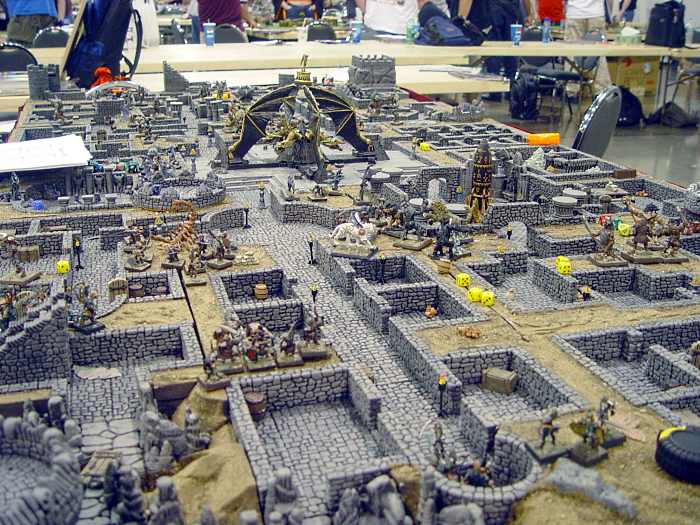 Reaper has had this "dungeon crawl" game using their Warlord game going for at least a couple years now - someday I'll have to play! Huge dungeon, very cool table. 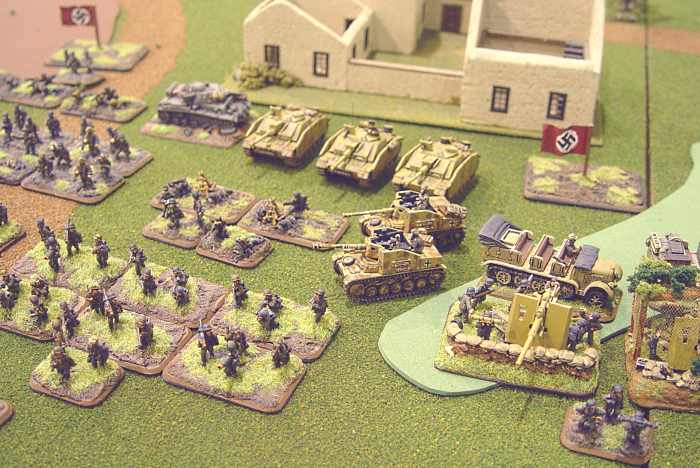 Some WWII miniatures - I believe this was Flames of War, but I'm probably wrong - I've never played in this one either, but would like to some day.