Fort Meigs in Toledo, OH. The fort was built during the War of 1812 and held out through two sieges by British troops and their Indian allies. I imagine these pictures might be of interest to anyone who games this period or is interested in the forts of the period. They should be pretty representative of other fortifications made along the frontier during this period. 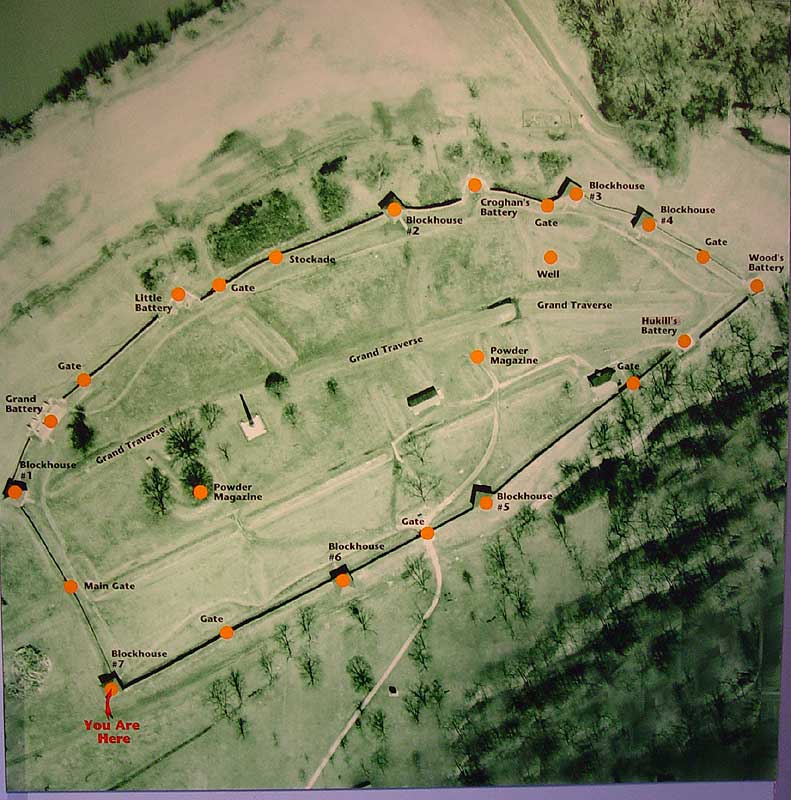 In one of the blockhouses they have a fairly large diorama of the fort under construction, looks to be about 54mm scale. I took pictures as best I could through the glass...

Also, this article at Digital Dioramas goes through step by step creation of an excellent model of Ft. Sinclair.