Just a couple more quick pics of my various projects... 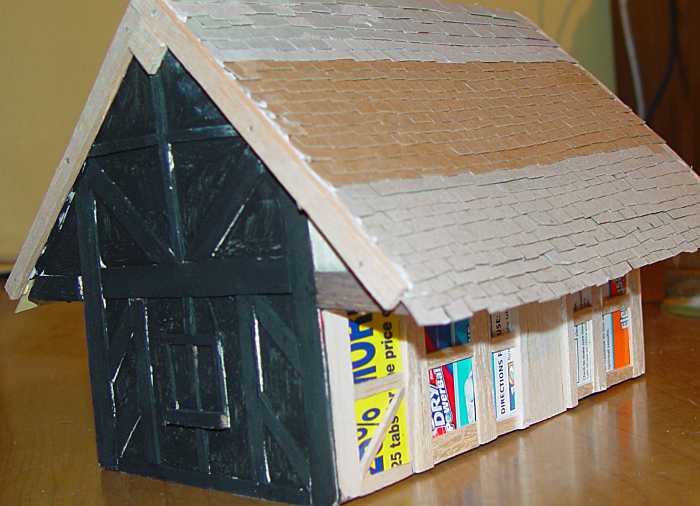 First up is a half-timber styple house I've been working on - it's based off of a small box that held dish detergent "tabs" that seemed about the right size, plus a few protective triangular cardboard pieces that worked well to frame the roof. Initially I just glued on the balsa timbering, then tried painting the box an off-white cream color - however I found that the paint didn't cover the garish printing on the box. So then I decided to go with a black base coat, as you can see. I finally decided that rather than brush on all that black paint, I'd just build the thing fully and use black spray paint, which is the next step. The roof is built with shingles cut from thin card. 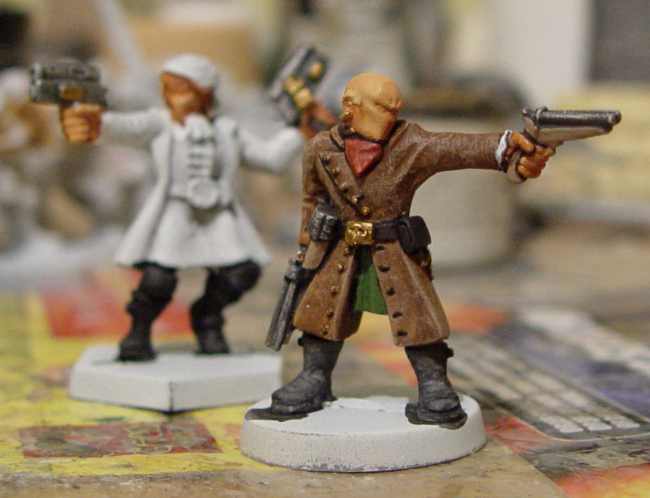 These are part of a few metal Warzone minis I found at the bottom of a drawer - figured I might as well paint them up rather than let them languish!

The castle project (not shown) is still slowly continuing. Right now I'm working on finishing up a wall segment, and then starting on a bulwark (if that's the correct term) that will serve to separate two wall segments. After that I'll probably start on a corner tower, then more wall segments (can never have too many!)