So one of the games we played at Origins was the new d12 Fantasy game, which we decided to pick up as a fun, quick-moving fantasy skirmish game. One of the reasons it moves pretty quick is that grids are used to determine movement, so there's no measuring distances, ranges, etc.

Which meant that I needed some way to create the grids to play on. One option was to download and print the templates on their website, or to buy something. Instead, I opted to add the grid lines to my terrain boards: 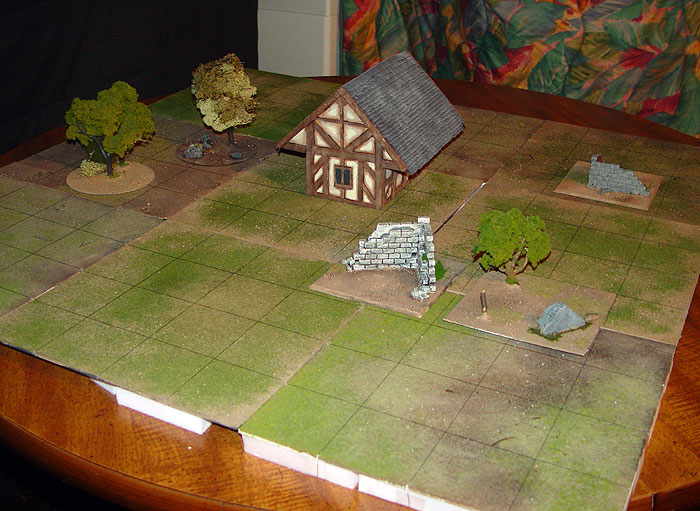 My first though was to use some sort of template and spray paint, but I didn't want anything permanent, so I could use the boards for other things... So instead I made small notches every three inches along the edge of each board using a balsa saw. Then I stretched black thread between opposite notches, and taped it to the back - and voila!