In this article I'll detail my method for painting a set of three Dwarven Axemen (28mm) from Reaper - from start to finish.

Step 1 - Priming and the Mail

I always prime my minis white - I've messed around with using other colors, but white always seems to work out the best for me. I don't use anything fancy for priming - I think this is just generic brand white spray paint. The flesh bits (eyes and mouth) are painted with Tamiya "Flat Flesh."

If a figure has mail, I always start with that - the reason being that when I dry-brush the mail it's going to mess up the bordering regions of the mini, so might as well do the mail first. This is a base coat of Reaper "Gun Metal" color on all the mail. 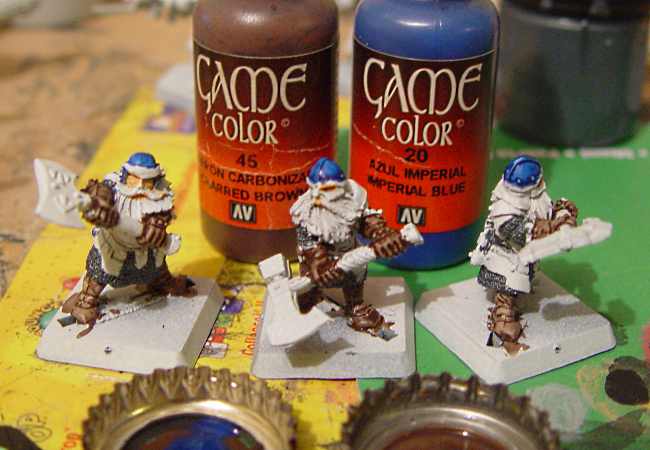 Next I paint the helms and boots - I picked those next because they wouldn't be much affected by dry-brushing the mail (which is the next step) - and I want to combine use the same color that I drybrush with for some other parts of the figure. As you can see, the paints used here are both Game Color brand - "Charred Brown" and "Imperial Blue." As is standard for most colors I use, I've diluted the paint a bit, which makes a nice shading effect on white primer. 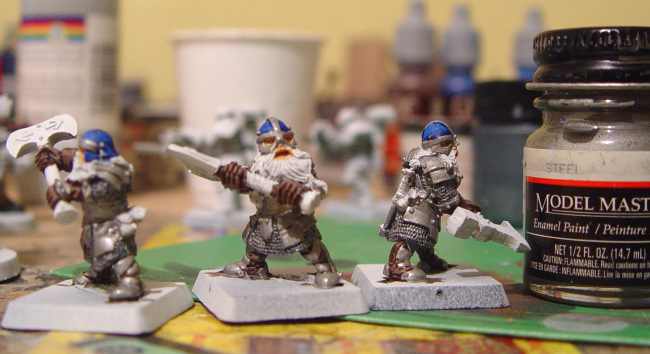 Next I drybrush the mail, and paint the armor, using Testor's Model Masters "Steel" 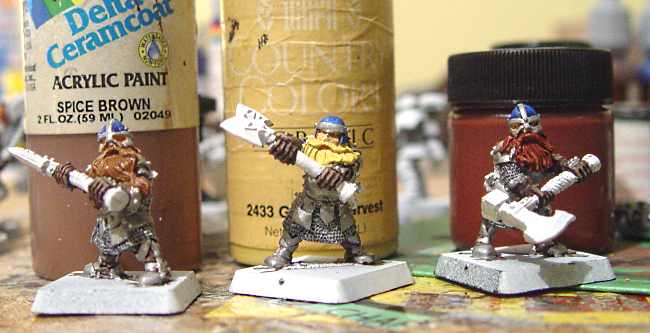 Time for the bears and hair! If I'd painted the earlier, they'd have been messed up a bit by the drybrushing. I use three different colors, two are craft store paints (brown and yellow) - the last is an un-marked Reaper paint that's a sort of reddish brown - I picked it up at a con as a sample. 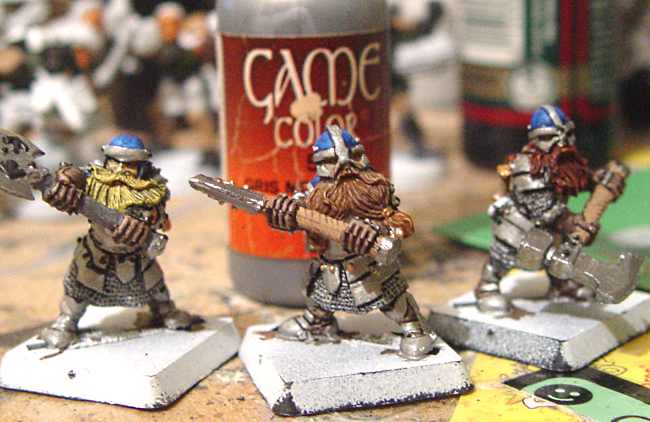 I wanted to use a different color for the axes to break things up a little bit - after all there's a lot of metal on these guys! I used Game Color's "Steel" color for the axes. I've also done a bit of black-lining to start giving a little definition to the armor and whatnot. You can also see that I've painted some of the "studs" on the armor black, which will later be painted a copper color. 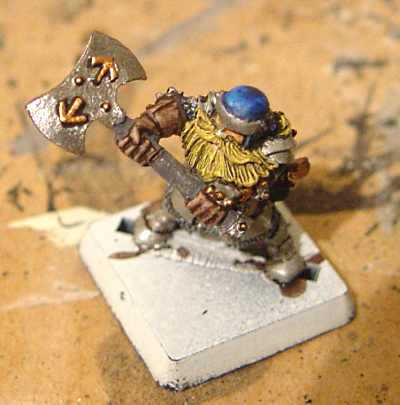 I decided to add a little more color by using a copper color for the various studs or bolts or whatever they're supposed to be on the armor. Usually I paint these black first, then use a dot of the copper color on the black, which is easier than black-lining them later. The paint is actually Game Color's "Bright Bronze," althought it looks more like copper to me. 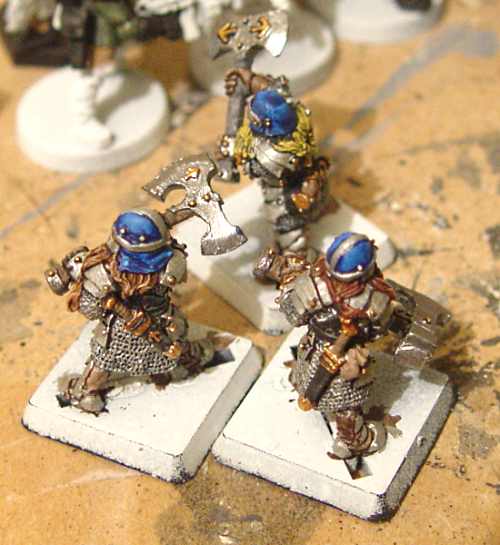 Step 7 - Some Other Details

Next I paint some more of the equipment - the belts are painted simple black, as are the sheaths of the daggers. Axe handles and dagger handles are painted a simple light brown, as are the pouches on some of the figures. 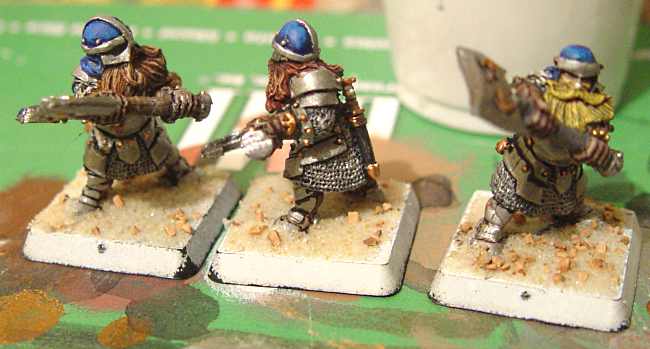 I did the bases in the same way I've detailed in a past article - a coat of watered down white glue with sand and some "pebbles" sprinkled on, followed by another coat of diluted white glue, then painted black and dry-brushed with brown and light brown - and finally some static grass or other flock 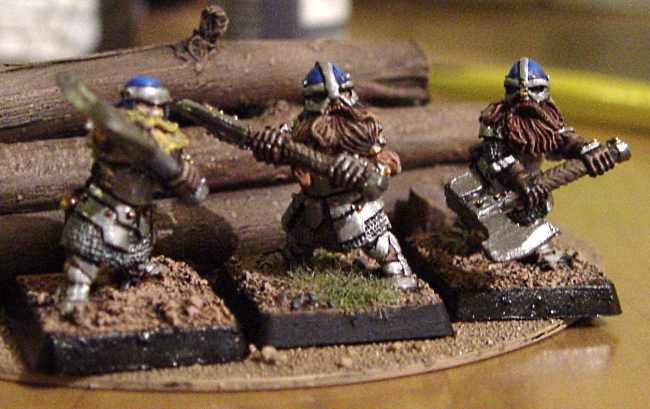 Or at least close enough for the final pic - the middle figure's base is finished - the other two still need some detail, grass, etc. All in all another good set of minis from Reaper - their stuff is usually pretty fun to paint! 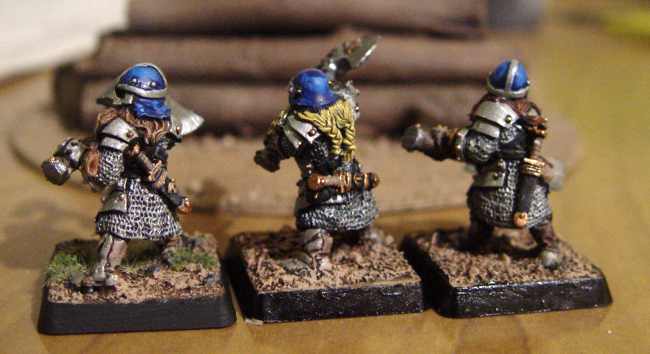