This is the other project that I've (re)started. I had the basics of it started a while back - the base. I noticed I had that, plus a lot of foam bits to use up from older projects. So I started with a simple wall on the base. That looked decent (better when painted) so I decided to build a removable tower that I could put inside the walls. 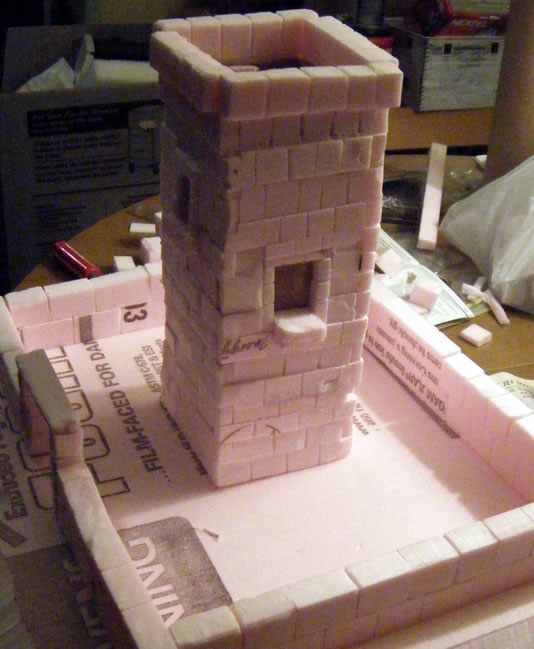 It's made with your standard pink insulation foam (1" thick I believe) - I bought a sheet of this years ago and I'm still using it up! The tower is built with a cardboard box as its core to keep everything more or less straight. There's no ground level entrance - the plan is to build a wooden stair going up to a 2nd/3rd level entrance - apparently this was fairly common, in an emergency everyone could go into the tower and burn/destroy the stair behind them....

Still have to put another window in it, and figure out how I'm going to handle the roof - you can sort of see the supports I put in for roof floor, just haven't decided what to make it out of yet.

And a quick pic of the nearly finished tower. I plan on doing a post on the process, but here's the result so far. I'm pretty happy with it. Behind it are the walls made for my castle project using Hirst Arts molds. Those are great, but they're very heavy and fragile compared to this result, may have to abandon that route...

I've also started a couple walls using the same process, they're about 1/3 the height, and about as wide as the tower is tall. They're also based on a cardboard "core" - more on those later! 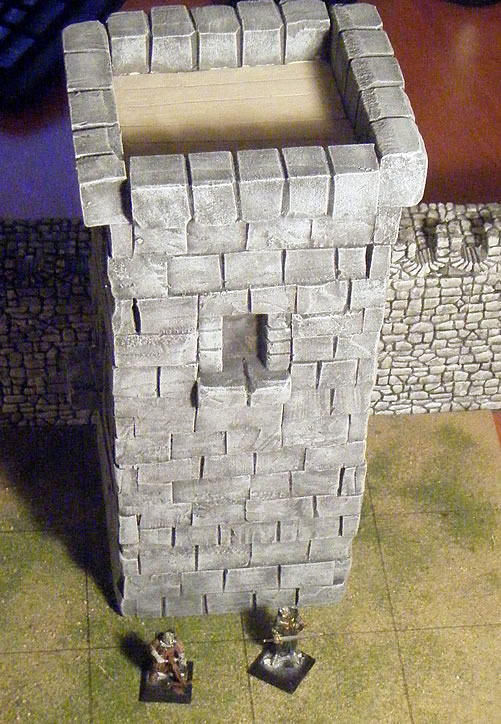 The figures are 28mm Rackham figs, for scale.